Tony Matura was one of the leaders of the mighty THE OPTIC NERVE band in NYC by the end of the 80s.

Here re-visits his roots and re-recorded 6 songs he wrote in 1979/1980 for his first band, Secret Subway. It’s a 7″, 33RPM EP. Clear red vinyl and limited to 100 copies only!!!
“The songs on this EP were written circa 1979-1980 for my first band that made it out of the garage, Secret Subway. On vocals was Timmy Jamison, bass Phil Vagabond, drums Buddy Cullen & me on guitar. We were kids from Queens, NY (Rego Park & Astoria) where Led Zeppelin, Black Sabbath, and Jethro Tull were king. Punk was a dirty word. It was risky walking down the street wearing safety pins or a Sex Pistols shirt.

In the spring of 1978, we started riding the subway to a secret new world, downtown NYC. We immersed ourselves in the scene: hanging out on St. Mark’s Place and going to punk shops and record stores. Soon after-ward, we got fake IDs (not that you needed them) and started going to clubs: CBGB’s, Max’s Kansas City, Irving Plaza & uptown to Hurrah. On any given night, you had a chance to see a great band!

It was at Hurrah, opening for The Damned, that we first saw the relatively unknown Lodi, NJ band The Misfits. They quickly became one of our favorite bands and their horror-themed punk esthetic influenced the writing of the song “Nightmare”. In early 1980, Secret Subway recorded a demo tape that included “Nightmare”. Thinking about it, it could be the very first song recorded that was directly inspired by The Misfits. An updated version is on this EP.

These tracks were recorded by Chip Fabrizi at PPI Studio on Mercer Street in Soho, NY with my great friends Frank Max on bass, and Robert Pinnock on drums. I hope you enjoy.” 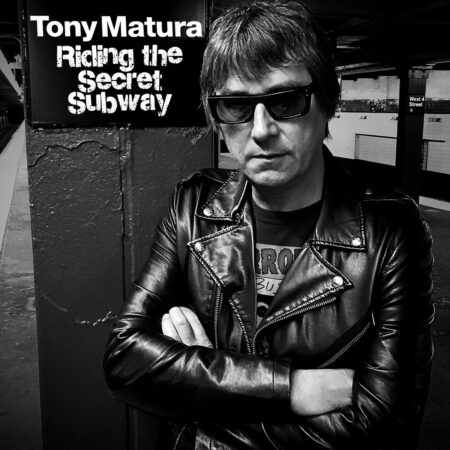