After his stint with Fapardokly, HMS Bounty and MU, Merrell Fankauser released his first solo album in 1976. Comprised of songs written a year earlier while Merrell and violin player Mary Lee were living in the jungle of Maui, this is a brilliant set of spiritual folk-rock and 70s orchestrated SSW light-pop.

The album was recorded at various Hollywood studios, initially sponsored by a producer from George Harrison’s Dark Horse label. In fact Harrison was so impressed with Merrell’s songs that he expressed interest in playing slide guitar on “Our Way To Hana”. Sadly, due to internal problems, Dark Horse backed off and Merrell found himself without a label to release the album. Finally, a couple of friends from Maui released it on the small Maui Music label. On the recordings, Merrell and Mary Lee were joined by several studio musicians, among them, drummer Bill Berg, who had played on Bob Dylan’s “Blood On The Tracks”.

First ever vinyl reissue with tracks restored to their original running order and original artwork.

“… It stands as a lost classic in Fankhauser’s prolific catalog of work.” – Jeremy Cargill (Ugly Things, Got Kinda Lost) 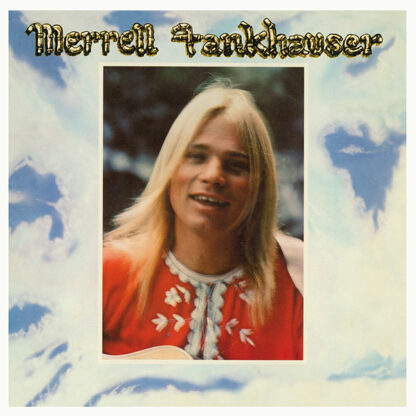 You're viewing: Merrell Fankhauser (The Maui Album) 20,00 €
Add to cart