Second reference of Gutifunk Achilisound Discos is a time bomb built in the old way. Conceptually conceived as a sound library LP, Combo Alex Melero has had the fortune of bringing together jazz geniuses such as Jorge Pardo or Chip Wickham and essential rumba figures such as Manuel Malou (Los Golfos) or Jack Chakataga in his Madrid studio to recreate fourteen cannon shots of Latin funk and rumba rock.

Instrumental versions of essential classics such as “The Night of the Wolf” by Al Foster, the rumba hit by Paco de Lucia on the voice of the Marismeños “Caramba, Carambita”, the coveted jazz funk “Restless” by I Gres or the sabroso tasty “Chévere” by Joe Quijano & Orchestra that here join Alex’s compositions that leave us speechless like “Hustle”, “Gipsy” or “Street Jungle”. Inadvertently he has allowed us to hear the missing link between Rabbit Rumba and The Meters. An essential album that did not find a label in its day and that we wanted to recover in the original format of this type of disc, do not look for it on digital platforms. 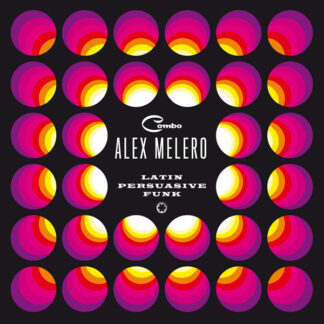