Second album by cult Norwegian heavy prog-psych band LUCIFER WAS, originally released only on CD in 2000.

Epic & doomy atmosphere in the best early 70s tradition with great use of Mellotron, flute, killer hard guitar…imagine a mix between BLACK SABBATH and JETHRO TULL with a dose of KING CRIMSON and BLACK WIDOW.

Includes insert with liner notes and photos and download card of the full album plus two bonus tracks.

“In Anadi’s Bower” was the follow up to “Underground And Beyond” and featured new singer Jon Ruder. The band’s idea was to make another “Underground And Beyond”, to record more of the band’s 1970 – 1973 material fast and rough. But this time they chose to use a producer, Rolf Kjernet, and they also had a bigger budget and more studio time. All the basic tracks of guitar, bass and drums plus guide-vocals were recorded live in the studio on analog equipment. Just like before on “Underground And Beyond”. Even the 11 minutes “Little Child” does not have one single edit of the basic tracks they recorded live-in-the-studio.
“We were completely into making it good and really enjoying ourselves in one go. Still, it was also an escape. There were some greening of the grass and auras of the trees seen in the dim light of midnight. Outside. May “Darkness” bless the child that takes no more and let it play in Anadi’s Bower. In Norway, maybe?” – Thore Engen (Lucifer Was) 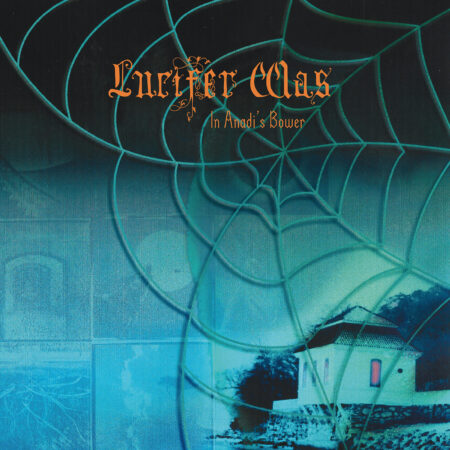