With Cholo (recorded in 1972) El Polen and rock fusion began their history in Peru. Six songs emerge: The Flower, White Pants Little Cholo, Quena Landscapes, Valicha, Sitting Dream, Tondero and Hurdy Gurdy and Poliphon sequences. The name of the album comes from the film that director Bernardo Batievski shot to honor the life of soccer player Hugo “Cholo” Sotil. “We were the only group that auditioned for the film. Batievski immediately after hearing us said: ‘this is the mestizo music I need’. Part of the repertoire we had in those times was included in the record, these were songs we had already played in many concerts and that had matured for more than a year”, Juan Luis remembers, 48 years after recording Cholo.

For this record the musicians sat on the floor, turned the studio lights off and recorded “the magic of Cholo” in only three hours. The input by Ayacucho musician Alejandro Vivanco was incredible. Rock roots, symphonic, progressive, psychedelic tints emerge from these songs combined with Peruvian folklore. The Cholo adventure was possible with the participation of Juan Sebastian Montesinos, Ernesto Pinto, Fernando Silva and Beto Martinez.

The present edition in vinyl format has been produced from the master tapes with the authorization and supervision of the band itself. This is the starting point for a series of releases of a new collection of our label dedicated to El Polen. 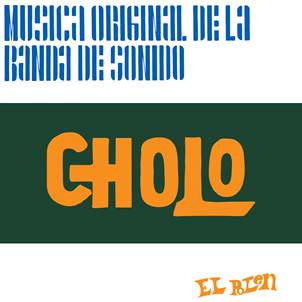