Whistling jigs to the moon

Originally released in South Africa in 1978, “Whistling Jigs To The Moon” is not only a very rare and sought-after album but also a wonderful collection of traditional and original folk tunes with a strong Celtic influence. Featuring Alison O’ Donnell and David Williams from psych-folk legends MELLOW CANDLE.

In 1974, following the break-up of Mellow Candle, Alison and David arrived to South Africa. Once there, they met a couple of fellow expat musicians, Barrie Glenn and Jo Dudding, forming Flibbertigibbet in a niche folk and traditional circle of immigrant and local musicians, building up a repertoire of tunes and songs both original and traditional. They appeared at evenings held in communal houses, at folk nights and the Boksburg Folk Club.

Producer David Marks offered to release their album and launch it in a series of concerts at the renowned Market Theatre. They enlisted the help of a number of fine musicians on the recording, namely classical first violinist Francesco Cignoli, jazz bassist Denis Lalouette, Nippy Cripwell on string bass, Colin Shapiro on flute and Dave Lambert on fiddle. 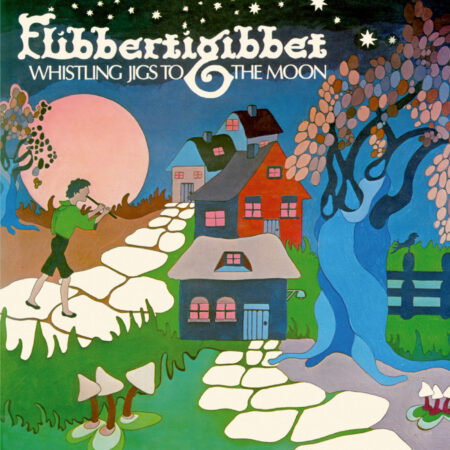