The Gift of Love

Although most of the sessions with Sanders from the 60s or 70s are either nowhere to be found or still unreleased, ‘The Gift of Love’ – perhaps the only release of Sanders as a leader during his lifetime and privately pressed by what I presume to be his own label That African Lady – offers a document of this Detroit great’s music with his band Visions. Fellow Strata musician Kenny Cox, even sits in on keys on a few tracks.
Sam Sanders, a unique saxophonist whose approach to music made him a legend in Detroit Jazz.
While sometimes likened to John Coltrane, Ornette Coleman, or Joe Henderson, Sanders had an unmistakably unique style. His group, Sam Sanders and Visions – for many years with bassist Ed Pickens and drummer Jimmy Allen, was known for extremely aggressive post-bebop jazz bordering on the Avant-Garde.
Sanders was also active as an educator and concert producer. He was an instructor at the Detroit Metro Arts complex and at Oakland University. He was instrumental in creating the Detroit Jazz Center – an open jazz school and concert venue presenting artists such as Jackie MacLean, Donald Byrd, and Woody Shaw, with local artists Kenn Cox, Marcus Belgrave, Roy Brooks, Charles Boles, and Danny Spencer, among many others.
Sanders began playing while attending Northeastern High School in the 50s with fellow classmates Alice Coltrane, Kenn Cox, and Bennie Maupin. He later attended the Teal music school and studied privately with Detroit Jazz Legend: Yusef Lateef. During his career, Sanders performed with various artists, including: Milt Jackson, Rahsaan Roland Kirk, James Blood Ulmer, Sonny Stitt, Pharoah Sanders. Before forming Visions, Sanders and trumpeter Marcus Belgrave fronted a band with pianist Harold McKinney called the Creative Profile. Belgrave and Sanders would continue to perform together, often with Sander’s big band, the Pioneer Orchestra.
During the last decades of his life, Sanders traveled often to Senegal and eventually settled there with his wife, Viola Vaughn. 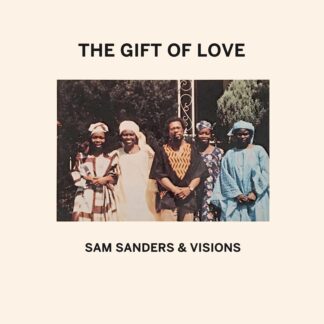