Private hard-rock ultra-rarity from Texas exhumed for the first time.

With only 200 copies released in 1975, the “Stud” album has become a holy grail for collectors. A mystery for many years (all the band members used pseudonyms on the album credits), many people failed to track the band down…until now!.

Formed in 1974 in Houston, Stud featured the killer lead guitar of 17-year-old genius Tim Williams, the brutal Rickenbacker bass attacks of Paul Eakin and the solid as a rock drumming of George Lasher. The chemistry was born since they first starting played together and after many rehearsals, they decided they were ready to record their first album. So they entered the Barons Studios in Rosenberg and “Stud” was the result. Powerful hard-rock on songs like “A woman like you” or “Jim/Blues”, killer boogie-rock (“Captain Boogie”), hard-psychedelic jams (the 12+ minutes of “Stud”) and progressive hard-rock on the impressive “The war song”.

File next to Morly Grey and Incredible Hog

“A three-piece progressive hardrock band that play so well together that it allow them to maneuver through long passages with fresh imagination and not become a stereotypical mid-seventies trio. Guitar wizard delivers unceasing solos with a rhythm section poised in the background acting as a two-man metronome. Only a few copies of this album are known to exist. – Scott “Loopden” Bubrig (Acid Archives) 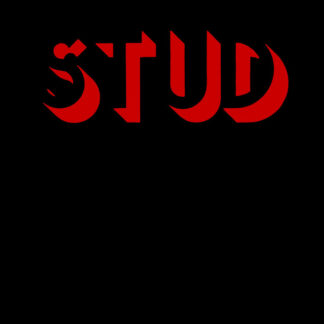 You're viewing: Stud
Add to cart