In 1972, Ohio based band THE BROTHERHOOD released their only album, “Stavia”. It was a private edition of 200 copies, pressed at the legendary Rite custom plant. This rare album is a good example of US acid-rock / hippie psych with slight soul & funk influences: fantastic playing, swirling organ, powerful vocals, top guitar shredding, flute…

“Stavia” has always been one of those shrouded in mystery albums, so rare that some collectors even doubted about its existence. Bootlegged in the ’90s in a butchered edition that included two songs from an unrelated band, here’s the first ever legit vinyl reissue. 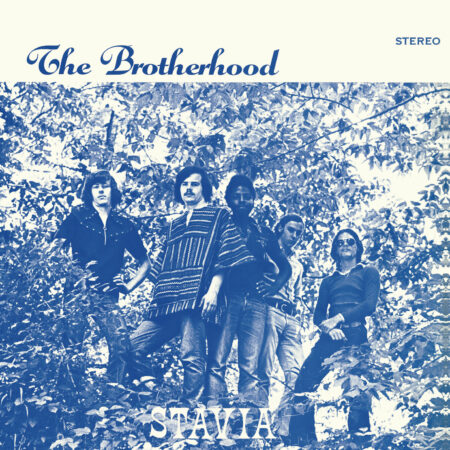