One of the hidden treasures from Venezuela, GRUPO GEYSER were pioneers in fusing psychedelic rock with Latin & Afro Cuban rhythms.

Here’s their first ever vinyl retrospective, including their four singles originally released between 1970-73.

Los Geyser aka Grupo Geyser formed in Caracas, Venezuela, in the mid-60s by brothers Publio and Ebenezer García. Initially influenced by the British and American bands of the time, the band experienced different line-ups and they gradually incorporated Latin / Afro-Cuban influences to their music, along with instruments like bongos, tumbadoras or sax, thanks to musicians like Roberto Monasterios.

Led by Publio García, who was the main songwriter, Grupo Geyser always played their own songs, refusing to do covers. They got to release a few self-produced 45s during 1970-1973 and they were pioneers in not only fusing psychedelic rock with Latin and Afro-Cuban rhythms but also in home-recording and multi-tracking with their song “La Súper Lombriz Atómica”, recorded by brothers Publio and Ebenezer at their home studio playing all the instruments themselves. The band even caught the attention of famous singer Alfredo Sadel, who took them under his wing and received interest from the US market. 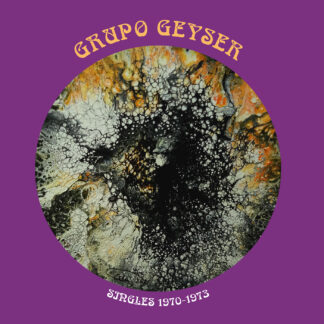