Unknown to most 60s/70s collectors until its discovery a few years ago, this is the beyond rare second album released by loner/downer folk legend Dave Bixby, recorded around the same year as his first one, the now famous “Ode to Quetzalcoatl”.

Musically is equally as good and very similar to the first one but this time the recording took place in a professional studio, so the sound is improved. Bixby is joined by Brian MacInness on guitar, Sandy Johnson on vocals and Don DeGraaf on bass and production duties. Don was in fact leader of the, in the end, religious destructive cult known as “The Group”, of which Bixby and Brian were part of.

The sound is more up-front and the songs are slightly optimistic compared to the ones on “Ode to Quetzalcoatl”. There’s plenty of acoustic 12-string raga guitars and harmony male/female vocals. The lyrics deal with cosmic imagery, psychedelics and religious/biblical references but this goes much deeper than any Xian record. Features titles like “Cosmic energy”, “Time to clear your mind”, “Rainbow”, “Circus World”…

Reissued for the first time under license from Dave Bixby. Features carefully remastered sound from a clean vinyl (no master tapes exists) done at Shadoks Music Studios, and a booklet with extensive and detailed liner notes by Matvei Procak – the guy who found Bixby in 2006 – plus some rare pictures. 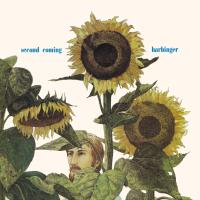