Sea Of Time was recorded at Olympic Studios in 1973 but never actually released in the UK, only in a few European countries. Psychedelic hard-rock with soul/funk influences and even some raw proto-punk moves. All songs were written by Curtis, showcasing his versatile songwriting talent, and he’s also on lead vocals / guitar.

Includes the underground heavy-funk-rock hit “The Devil Made Me Do It” and more!

*Insert with liner notes by Kingsley Abbott with a foreword by Kathy Knight-McConnell (Curtis widow) and photos.

“It’s hard to imagine any rock fan not finding something to enjoy on this Sea Of Time album with the quality of the playing and the instantly memorable songs.” – Kingsley Abbott 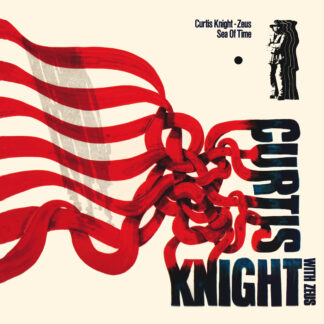