“Uther Pendragon was more than just a band, it was a family. Closer than brothers, they lived together, made music together, worked, played, laughed, cried and dreamed together”. – Mike Stax (Ugly Things)

This is the incredible story of Uther Pendragon: a lost psychedelic band from San Francisco whose music has remained buried until now.

Formed in the Bay Area in 1966 as a teen garage group called Blue Fever, Uther Pendragon lasted from 1966 until 1978. During that time, the band went through different names and phases, as their music evolved from garage to psychedelia to hard-rock: they were known as Blue Fever, Timne, Hodological Mandala, Mandala, Kodiac, Justus, Pendragon…but the core of the band remained always the same: Mark Lightcap (rhythm guitar, vocals), Bruce Marelich (lead guitar, vocals) and Martin Espinosa (bass, vocals) who after finding their ultimate drummer on Mike Beers, finally settled on the Uther Pendragon name in the early 70s.

But despite being in active for all that time and recording lot of tapes and demos at different studios (including their own one in Palo Alto), Uther Pendragon never released any recording at the time. They’re not even a footnote on the books about the San Francisco Sound or a small name at those psychedelic posters of the time. Nothing. It’s as if they never existed. Until now.

Their complex and fascinating story, which involves winning a Bay Area Battle Of The Bands and playing with Country Joe & The Fish, recording a killer garage-psych 7″ acetate in 1967, going to the legendary Pacific Sound Recording studios in 1969 to record a demo, living as a family in the same house for many years and rehearsing 7 days a week, building their own recording studio and music corporation, being managed by Craig Pedersen (Something Wild, Tripsichord Music Box), being involved in an occult-themed rock opera called Sabbat, and much more, is being told with all details by Mike Stax from Ugly Things in the extensive liner notes.

Culled from the band’s vast archive of tapes, “San Francisco Earthquake” includes their unknown until now 7″ acetate from 1967 (fab garage-psych in the vein of Human Expression or Music Machine); never released ’66-’69 tracks including a groundbreaking, moody psycher from 1966; a prev. unreleased demo tape from 1969 recorded at Pacific Recording – an incredible document for any lover of early SF garage-psych (think Oxford Circle, Savage Resurrection, Moby Grape…) and many tracks recorded at their home studio in Palo Alto. We’re talking 100% unadulterated West Coast guitar psych and hard-rock which recall QMS and even Kurihara-era White Heaven.

Sourced from the original master tapes

Although they recorded extensively, Uther Pendragon did not release any records in their original lifetime, a situation that has now been rectified in grand style with this sprawling three-disc collection.” – Mike Stax (Ugly Things)

“Really cutting edge music from where teen garage became early raw psych.
You can hear the early SF anarchy in the music, much like Oxford Circle. Impressive!” – Patrick Lundborg 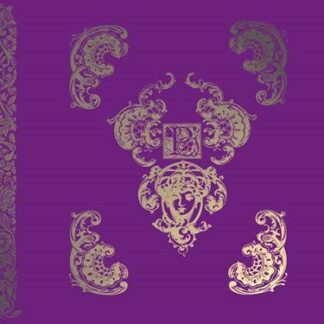