Relics from the past

A great find for anyone into underground psychedelia.

Ertlif was formed in 1970 by two ex-members of Egg & Bacon, lead guitarist Dany Andrey and bass player Teddy Riedo. They were joined by keyboard player James Mosberger (The Only Ones, The Countdowns), drummer Hanspeter ‘Bölle’ Börlin (The Countdowns) and lead guitarist Martin Ruder: the cream of the Basel music scene from that time. The band name was derived from a mysterious medieval magician and alchemist.

They were inspired by Pink Floyd, Yes, Procol Harum, Van der Graaf Generator and Genesis amongst others. A strong rhythm section and twin lead guitars blended with the Hammond organ created the characteristic Ertlif sound. In August 1971 they were the only Swiss band invited to the “Pop Meeting 71” in Münchenstein, Germany.

Soon after, Ruder left the band. In November 1971, Richard John Rusinski, an experienced singer from England (ex-Autumn Symphony), joined the band. Riedo and Beni Hauri (the band’s roadie) had been experimenting with oscillators, noise generators, ring modulators and other devices since 1969. In early 1972 they introduced these electronic sounds into the band’s closing number “Classical Woman” so becoming pioneers of electronic music in Switzerland. They also became the first Swiss band to use a Mellotron.

The band’s instrumental virtuosity established them as one of the country’s top acts and a phenomenal live band and they were one of only a few Swiss groups to be offered a recording contract.

In August 1972 their album and a 45 were completed in only four days. The records were launched in October generating radio interviews, television appearances and a great deal of press coverage. The promotional tour began with sold-out shows on three consecutive nights at the legendary Atlantis club in Basel.

In January 1974 Urs Schumacher took over the drums and in March they recorded some of their songs in the large reception hall of the Vogelsang schoolhouse in Basel. With these demo recordings, Ertlif acquired concert bookings and later that year a German record company offered them an album contract. In preparation for the studio they completed a demo recording of “Edgar Flee”. In January 1975 they recorded the song in their rehearsal studio using the same equipment as for the March 1974 demo recordings. All recordings were made without overdubbing. Sadly, the record company went bankrupt before they made it into the studio.

By that time, Ertlif were playing what they called symphonic rock with a strong emphasis on keyboards – two organs, Mellotron, electric piano and synthesizer. Together with a distinctive guitar sound, they had established their reputation as a highly creative band and this is what you can now hear on this album.

Ertlif continued performing until 1978, when they disbanded. In 1992, they reformed with the original band members and continued playing live. In 2001 they released a new album on CD. With a new line-up, Ertlif have been active until last year when founding member Teddy Riedo sadly passed away.

This album is dedicated to the memory of Teddy, who was the brainchild behind this new Ertlif reissues.

*First ever release of these ’74-75 unreleased recordings by Ertlif, the leading prog/psych band from Switzerland

*Remastered from the original master tapes by Eroc 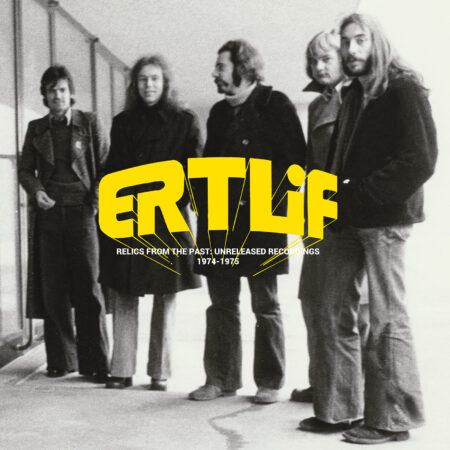