Absolute masterpiece when talking about progressive / psychedelic folk-rock from Europe. Dutch band Avalanche was formed in the early 70s and recorded their only album in 1979. “Perseverance kills our game” was released as a private edition of 500 copies, which were only distributed among friends and relatives. Despite being a home-made project (the album was recorded in just one day!) the result was stunning.

Totally early 70s sounding electric folk-rock with flute, piano, bass, drums, and killer fuzz guitar. Mostly instrumental with a few vocals in English. It alternates delicate acoustic passages with devastating fuzz leads, sounding like Fairport Convention jamming with early Ash Ra Tempel. The album closes with an extended 11 minute track on which guitar player Daan Slaman starts playing leads like a madman, creating layers and layers of liquid acid-fuzz guitar. It has to be heard to be believed!

First ever LP / CD reissue, done in cooperation with the original band members. 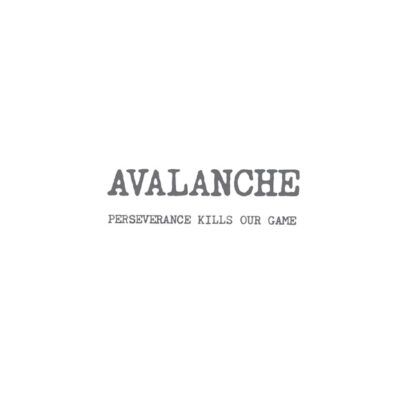