First ever vinyl reissue of this prog/psych masterpiece by cult Arabian band Osiris, their first album originally released in 1982.

Formed in the tiny Bahrain (Persian Gulf) in the late 70s, the Osiris story goes back to 1969, when talented brothers Mohamed and Nabil Alsadeqi formed a funk / rock band named Witch. The band broke up when Mohamed left to pursue his studies in Texas, while his brother Nabil left for London. Upon returning to Bahrain in 1980, the two brothers decided to form the first progressive rock from Bahrain. It was not easy to find similar minded musicians in their town but they succeeded with help from Mohammed Shafii (bass), Sami Al-Jamea (keyboards), Mohamed Amin Kooheji (guitar, bass, vocals) and Abdul Razzak Aryan (second keyboards).

Mohamed and Nabil began working out an original repertoire which would fuse musical complexity, melodic richness and Arab culture. They chose the name OSIRIS from Egyptian mythology not only for its sound but also for its references to Arab culture, youth and fertility.

But the definitive Osiris line-up came up when they added a charismatic singer named Isa Janahi. Osiris made their live debut at the end of 1981. Isa wore flashing coloured clothes and capes and captivated the audience with his presence on stage. The group also used lasers, a light show and smoke, bombs, all deftly handled by friends of the band.

“Osiris” was recorded at the only 8-track studio in Bahrain at the time. It was recorded and mixed in just three days. As there wasn’t any record pressing plant in Bahrain, the band had to press the albums in Philippines. 1000 copies were sold locally at Bahrain but a few made it their way to USA and the UK, appearing in some rare records list by “those in the know”.

Osiris music will not only please those into classic prog-rock in the Camel, Yes or Pink Floyd vein but also those for looking for exotic psychedelic sounds and beats.

Insert with photos and liner notes

“Sailor On The Seas Of Fate” is incredible, fifteen minutes of hard leads, swirling organ, AWESOME percussion, waves, gulls crying to the wind, “…I want to fade like dust in the sand, blown by the winds across the seas…” melancholic but mellow self-effacement lashed by cultural atmospherics…” -Steve Smith (Progressive Music) 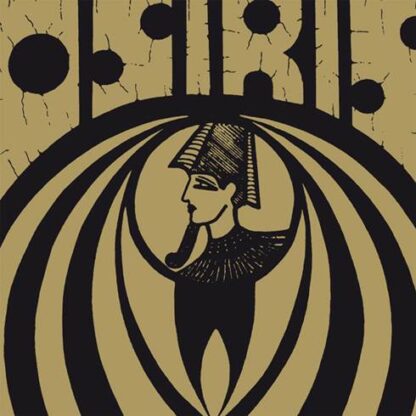