No Money No Honey (Clear LP)

Here an unreleased Turkish Jazz album by Atilla Engin from 1986.
I want a special thanks to Mr. Per Meistrup who saved this gem and let us to release it.
Limited 500 numbered transparent copies.
The album cover was already pressed but wasn’t released, since yet…

Atilla Engin was a Turkish Jazz drummer. He moved to Denmark around middle of the 1970’s and recorded many traditional Jazz albums there. This album was his last recording in Denmark but unreleased, until now…

“I dedicate this album to Denmark.
Ten years ago I came to Denmark. Here I have found my personality, I was allowed to develop-practice my music and the most important thing is that I have learned so much from this vital society for better or worse. And since then, Denmark has been in my heart with growing love, which will probably never disappear.
I am who I am; curious, happy, angry, angry, unwise, intelligent, bad diplomat with naughty body and yet I was allowed to play with You I love !!”
Atilla Engin 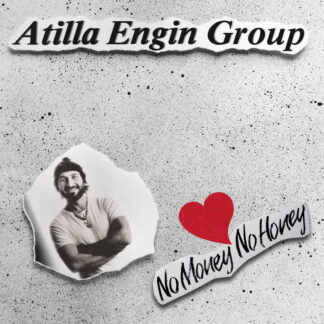