Famous for their matching, colourful suits and always-happy smiles, Beyaz Kelebekler (White Butterflies) were a mixed-gender Turkish band very popular during the ’70s. They released one album plus numerous 45s in Turkey and other countries like Holland and Italy.

In 1976 during the last day of their European Tour, just after one gig in Cologne, Beyaz Kelebekler visited a studio of a friend which was still in construction. They decided to record a few songs, just for fun and for testing the new studio equipment. It was a very basic, one take recording, using an 8-channel mixer, a few mics and a reel-to reel tape machine.

Unreleased until now, we present the first ever release of these surprising recordings, rescued from the only surviving cassette tape. 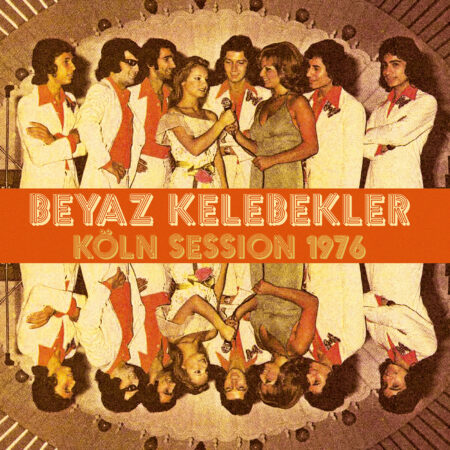