“In 2010, I was searching for old records in the city of Quetzaltenango in Guatemala. I found myself in a dusty basement which had been in another time the warehouse of Iximché, a rock-o-la machines distributor. It was an exciting discovery, two big rooms full of old 45s but also dust and rat’s dung. Among some incredible finds, I found two strange private 45s which had been released by local drink company. The song titles, “Brujería” (“Witchcraft”) and “Transmutación del iniciado” (“Transmutation of the initiated”) matched perfectly with the abstract psychedelic/electronic instrumental Moog sounds emanating from the grooves. I was fascinated and I knew I had a mission: to discover and tell the world the story behind Emilio Aparicio Moog. After seven years, I finally managed to locate all of his recordings, eight in total.” – Ruffy Tnt (Discodelic).

Emilio Aparicio was an electronic experimental musician from Guatemala, a pioneer in using the MOOG synth in Latin America. He released a series of private 45s, recorded at his home studio in collaboration with his patron and producer, the painter Roberto Abularach. In 1969, Roberto travels to New York, where he purchases one of the very early models of the Moog synthesizers directly from Robert Moog. He brought it back to Guatemala and he gave it as a present to his friend Aparicio.

It is during those years, 1969-1971, when the recordings included here, featuring primitive drum machines and the Moog synth, are registered. Most of the tracks were written at the country house of Abularach, where Emilio built his own home recording studio and where he spent long periods of seclusion. It is in this house where they also spent weeks experimenting with hallucinogens (LSD and Datura) in the company of other artists, painters, poets and musicians from the underground arts scene of Guatemala.

The fruit of those two years of experimentation were released in less than one month as five volumes of a 45 housed in a generic picture sleeve and titled “Música Electrónica” (“Electronic Music”). These strange records were never sold at shops: they were given away in exchange of four corks of a local drink called Salvavidas Roja, related to Abularach’s family. As you can guess, the response was not that great, as the experimental music of Aparicio was too advanced for its time. Most of the 45s were destroyed and recycled and soon after Emilio created another experimental project, La Banda Plástica, releasing a couple of 45s for the biggest record label from Guatemala which also went nowhere.

Emilio Aparicio passed away on 2012 due to prostate cancer. As his wife says, when he died and went to another dimension, it was as if he took with him all the energy from the electronic devices from their house: “it was a very strange thing, just everything died with him.”

Here’s for the first time ever the collected works of this unsung DIY hero which will blow the mind of any vintage electronica fan. 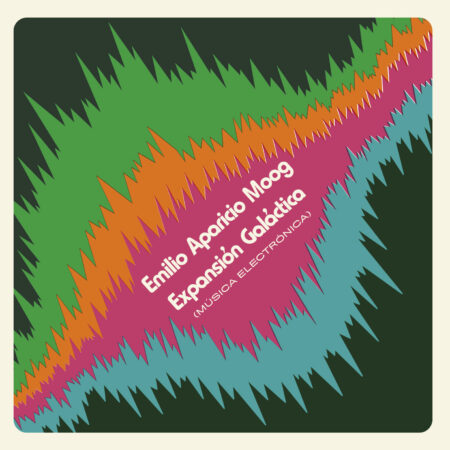