Originally released for John Peel’s Dandelion label in 1971, “Creation” was the second album by underground folk troubadour Trevor “Beau” Midgley, recorded with psych band The Way We Live as backing group.
Influenced by Tom Paxton, Leadbelly and Dylan, Beau started to write his own songs in the late 60s. After trying to secure a contract with Elektra Records with no success, he was approached by Clive Selwood (Elektra UK) and John Peel, who were launching a new label, Dandelion Records. Beau signed to them and released his eponymous debut album in 1969.

For his second effort, Beau decided to experiment with a more folk-rock sound and add to the mix some avant-garde influences. Jim Milne (lead guitar and bass) and Steve Clayton (drums) from Dandelion stablemates The Way We Live / Tractor were the perfect backing band for him. “Creation” is a brilliant psych-folk / acid-folk offering with superb 12-string guitars, heartfelt vocals, studio effects and occasional acid-fuzz guitar. Beau’s avant-garde influences came to the fore on the title track, which verges into White Noise territory. The album closes with “Silence Returns”, featuring one of the most ear-splitting fuzz assaults ever committed to wax, courtesy of Jim Milne.

-Two previously unreleased bonus tracks from 1972 (featuring Tractor as backing band) which were recorded for “High Mass”, an aborted third Beau album which was never released at the time. 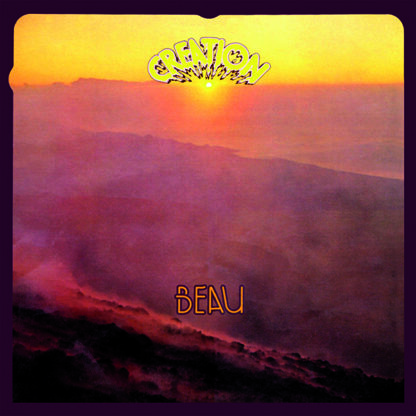