A Chicken To Hug (CD)

32 years on from their eponymous album ‘Caedmon’ the content of the songs is personal, poignant and sometimes challenging.

“It has been over 3 decades, but like Vashti Bunyan a few years back, a classic seventies UK psyche-folk-rock band has come out with a second studio release. When I compare it to the post reunion newer songs from some of my other favorites like Vashti Bunyan, the Incredible String Band, Roky Erickson and the Stooges, I find this one is the most successful”
dcrocklive.blogspot.com

“Not so much a follow-up as a new beginning. A Chicken to Hug sees the reformation of spiritual folk-rockers Caedmon for the first time since 1978’s rare self-titled nugget…the mature rock songwriting that follows is not what fans might expect’.
– Rob Young (Uncut) 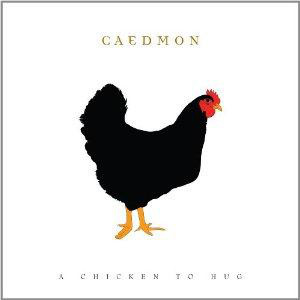