As scribe Jack D. Fleischer says, at the time of the recording the group had reached, “a certain kind of psychedelic revelation that had become completely frontal,” and that is emphasized by this increased use of soaring electric coloring.

Originally issued solely on cassette, Marcano and Lightdreams’ home-recorded (yet hi-fi) lysergic creations give nod to the original British psychedelic and progressive eras, while maintaining a firm foot in hook-based, melodic folk’n’pop and are a guaranteed treasure for those searching for unheard and otherworldly joys.

Includes download coupon of the 90-minute unexpurgated 1982 cassette release, which required minor revisions to be presented as a double-LP and standard length CD.

“…stretching our understanding of pop-psych and bursting our tiny minds with visions of unfound landscapes, [10,001 Dreams] is thee underground psychedelic masterpiece from Canada…”–Aaron Levin (Weird Canada) 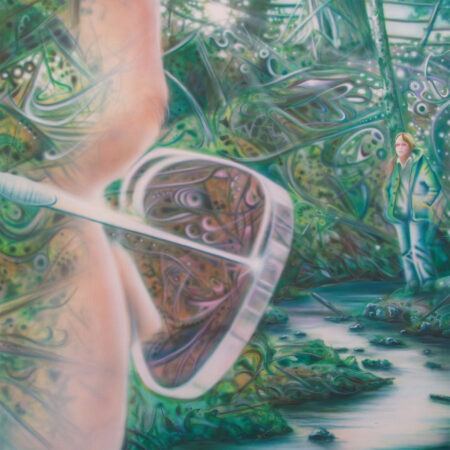