Raw & wild soul-funk-r&b-garage from 1970, recorded and released only in Algeria! Imagine JAMES BROWN fronting THE SONICS!!

Born in Puerto Rico, Bob Destiny grew up in Harlem (USA) and has a fascinating story: from starting playing piano as a child (self-taught) and tap dancing with the Five Chocolate Drops when he was 6 years old, to meeting Billie Holliday and playing with her; from appearing in a film with Shirley Temple to musicals in Broadway, dancing at Mankiewicz’s movie “Cleopatra”, singing at the San Remo Festival…

In 1969, Bob went to Algeria to teach music at the Algerian National Theater. He also continued with his singing career while living there. In 1970, he released a couple of 45s featuring “Wang Dang” and “Mahna (Troubles)” on the Freedom Musique label. He was also involved with the creation of the first Pan African Festival with Mahboud Bati and Frank Pourcel.

These 45s are very rare and were first discovered by the great Habibi Funk label a few years ago, who included “Wang Dang” on one of their compilations.

For our Pharaway Sounds 45, we’ve selected one track from his first 45 and another from his second one.

After playing in Morocco with Hahmed Maraki and forming bands like The Fingers, Bob arrived to Spain in the 80s. He created a jazz school in Zaragoza and was involved with the famous “Jazz en la Margen” festival. In the 90s, Bob move to France, focusing in composition, gospel, musicals and soundtracks. Sadly, he passed away on March 31, 2016.

LIMITED TO 300 COPIES, NOT TO BE REPRESSED 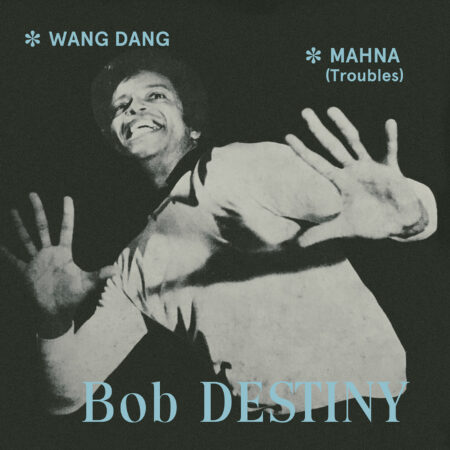