Where does a band of Indian guys in East South Africa even play, and how on earth would they end up with fuzzy guitar riffs, wah-wah and funky drums? Riddles abound when you discover a platter like this one. Durban, famous for its beaches and also for beach signs that marked off areas for white people, had a very unique dance band scene in 1971.
The Vampires are a strange footnote in a strange world, and they slosh through each song like they’re having the time of their lives. The mostly instrumental band covers everything from a soundtrack that prefigures the drama of Ennio Morricone fuzz, to middle of the road Nashville country, to Zeppelin, with flute, organ and fuzz guitar high in the mix.

Like the undead, the Vampires now rise from having been long buried. But they only showed up to get their dirt in your ears.
One of the most obscure psychedelic-funk exploitation albums ever, reissued for the first time.
Remastered sound, insert / booklet with liner notes by Angela Sawyer (Weirdo Records).

Tracklist:
Memphis Underground – Into The Fire – Rose Garden – Funky Broadway – Exodus – By The Time I Get To Phoenix – Whole Lot Of Love – Love Story – Get Ready – Unchain My Heart – I’m Your Puppet 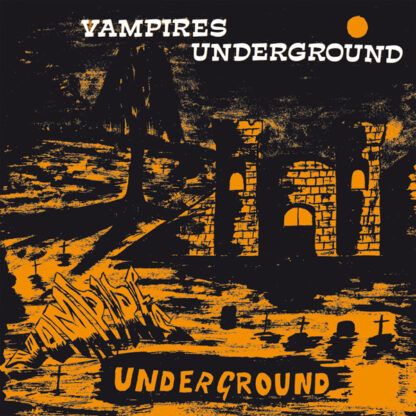