A Holy Grail item for psychedelic pop aficionados, Forever Amber’s The Love Cycle is, along with Dark and the first Complex album, one of a triumvirate of must-have private pressings from the UK.

Sounding like a blend of Pet Sounds and Odessey & Oracle but with a charming, homemade, lo-fi vibe, The Love Cycle was a concept album masterminded by talented songwriter / arranger John M. Hudson (a kind of Brian Wilson figure), who found in Cambridge band Forever Amber the perfect vehicle for his songwriting ideas.

The Love Cycle was recorded in the summer of 1968 at a makeshift studio, located in the basement of a music shop. Consisting of a song-suite revolving around the meeting, courtship and break-up of a young couple, the result was a stunning album filled with heavenly vocal harmonies, electric harpsichord and memorable hooks, including some intense psychedelic moments (the heavy phasing of “The Dreamer Flies Back” and more).

Released in 1969 as a private edition of 99 copies, The Love Cycle remained buried until its discovery in the late 80s by psychedelic collectors.

Out of print for several years, we’re thrilled to offer a new vinyl reissue of this essential psych album.

“Forever Amber’s The Love Cycle, though, resides in a secret garden all of its own, bursting with unfettered melodic glee and the pop experimentation prevalent in the provinces in 1968.”
– Bob Stanley (The Times) 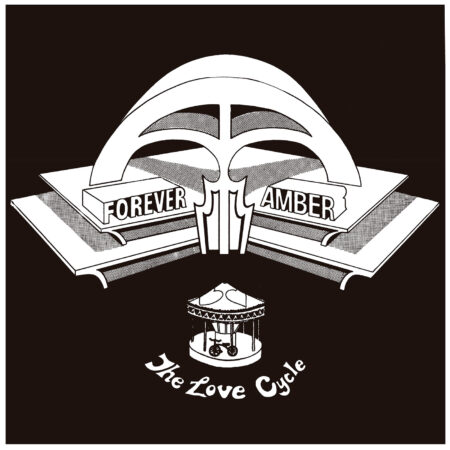