Originally released in 1975, “Sexphonie” offers a mix of acid-rock, hard-psych, polit-rock and progressive / folky sounds with some eastern influences. Great studio production and outstanding guitar playing courtesy of Teflon Fonfara (who once blew up Camel’s PA system with his tape and delay guitar effects!).

Tyll was formed when Teflon was approached by Kerston Records with the intention of releasing a krautrock album. Teflon’s previous group, Tyll Eulenspygel, was not active at that moment, so he assembled a new studio band featuring members and friends of Tyll Eulenspygel.

Shrouded in mystery until now, Tyll’s “Sexphonie” is a Krautrock curiosity that almost never happened, and it was all created within a matter of weeks from inception of the band through to finished LP. The story is similar to that of the legendary Mammut, with an ad hoc band brought together and given total freedom to do whatever they wanted.

Tyll can be seen as the illegitimate step-sister to Eulenspygel, and there was much controversy and even legal action involved and some rivalry between the two bands, especially as Tyll had poached Eulenspygel drummer Günter Klinger. Yet, whereas Eulenspygel had pretty much now lost the plot by 1973, Tyll’s sole LP was one of those surprisingly creative gems of the mid 1970s that, to the few that knew it, was a welcome breath of fresh air.

“A tasty rare slice of left-field Krautrock underground related to Eulenspygel.” – Alan Freeman (The Crack In The Cosmic Egg)

“Truly wonderful and extremely little known krautrock released on the Kerston label (same imprint as the Gaa LP) and with something of their widely variable and fascinating approach.” – Mutant Sounds 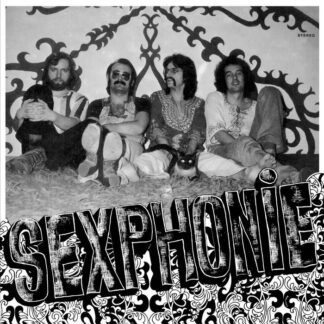 You're viewing: Sexphonie
Add to cart