Complete recordings, 1963-69, by this legendary band from Glasgow.

Fabulous mod-beat, wild R&B and pop-psych, including all their 45 sides for Decca and CBS plus early demos.

Formed in Glasgow in 1962 during the early beat boom by Alan Mair and Eddie Campbell, their line-up also included Davie Lennox, Tudge’ Williamson (replaced by Jeff Allen) and Ronnie Smith. Playing an authentic brand of rhythm ‘n’ blues and soul covers, they soon took the city by storm and were famous for their riotous shows, attracting hordes of screaming girls and young fans. No wonder they were dubbed “the Scottish Beatles” by the press. Between 1965 and 1969, The Beatstalkers would go on to release a total of seven singles. All these sides are featured here. Including mod / freakbeat classics like ‘Base Line’, “‘Ev’rybody’s Talkin’ ‘Bout My Baby’, ‘You’d Better Get A Better Hold On’, plus several tracks penned by a young David Bowie (“Silver Tree Top School For Boys”, “Everything Is You”, “When I’m Five”), a killer psych cover of The Action’s “Little Boy” and more.

The Beatstalkers were a strong live attraction in the clubs and ballrooms around Great Britain (they also held a residence at the Marquee) and were highly praised by their contemporaries, including The Who, with whom they shared a ‘Ready Steady Go’ television appearance. David Bowie was also among their crowd and through mutual manager Ken Pitt, he ended up writing three songs for them. He also played guitar and sang backing vocals on some of the recording sessions. Some of the Beatstalkers 7″ were also released in the US, Australia and France (where an EP housed in a cool picture sleeve was issued).
The band also toured Germany many times.

In 1969, after their van was stolen with all their equipment, The Beatstalkers broke up. Eddie Campbell was later in Tear Gas and Jeff Allen went on to play for Dr. K’s Blues Band and then East Of Eden.
Alan Mair was a co-founder of The Only Ones (of ‘Another girl Another planet’ fame).

The band reunited for a show in Glasgow in 2005 and later in 2018 a book about the band was published.

“A seriously overlooked and undervalued British beat group of the 1960s.”
– Lenny Helsing 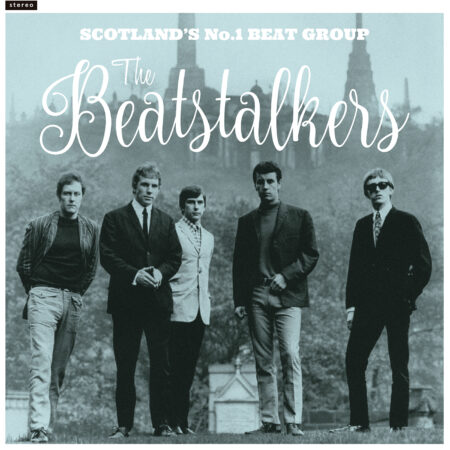