Those who’ve dirtied their fingers searching high and low for analog synth nuggets can rejoice at the arrival of under-the-radar synthesizer maverick “Rocket” Robert Moore.

Less a reissue than an exhumation-what with a scant, hand-screened 142 copies produced in 1982 that circulated little outside the confines of Oregon state-Rocket Robert drifts in the backward-looking sounds of early synth innovators, while equally mining the kraut-tinged moments of punk-era instro synth explorers and the first breaths of synth-pop, rather than carrying similarities to the “New Wave” that was then talking hold of the masses.

Issued by Moore’s own Salem, Oregon-based Future Records in 1982, his eponymous debut is simultaneously light-hearted and shot-though with ominous oscillations and offers up a darkly-throbbing, other-worldly vibe that is sure to ensnare synth-heads, beat-diggers and those searching the margins of the private-press alike.

Got Kinda Lost Records is over the moon to allow this singular, unique album another chance to shine.

Recorded in 1982 while having more in common with ’60s analog synthesizer innovators or ’70s German followers of the flame, providing the album an “out of time” quality.

CD edition features a full-color insert with many images not featured in LP edition. 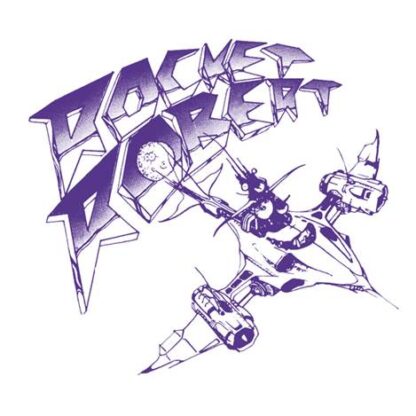