Reflections On A Life

Formed in Newport, Wales, in 1967 Blonde On Blonde took their name from Bob Dylan’s groundbreaking 1966 double LP. Original members Ralph Denyer (vocals, guitar), Les Hicks (drums), Richard Hopkins (bass, organ) and Gareth Johnson (guitar, sitar) moved to London in 1968 and played in the psychedelic underground club scene. They also appeared on the BBC series How Late It Is. By 1969 they already had one LP out on Pye, Contrasts, which helped them secure a gig at that summers Isle Of Wight festival. When Denyer left to join Aquila long time friend David Thomas joined the band bringing a harder rock oriented sound and and progressive rock feel. The new line up switched from Pye to Ember where they released their second LP, Rebirth, in 1970. Sad news came in 1971 whith the death of Richard Hopkins. The band, however, found a replacement in Graham Davis and went on to record their third and last album in 1971, also on Ember: Reflections On A Life.

Blonde On Blonde’s sound has rooted firmly in UK psychedelia with a progressive edge, they mixtured a wide range of influences and echoes of The Pink Floyd, Jefferson Airplane, Cream, Hendrix or The Who lived in perfect harmony with touches of The Incredible String Band imagery in their lyrics. Reflections On A Life is the album in which all the contrasts that make the Blonde On Blonde sound go further ahead in adventure and experimentation, includig surreal out of this world touches a la Syd Barrett. It is an album that plays with the contrast between countryside and big city, as Dave Thomas himself remembers:
“There was something very special about being able to live a life split between two worlds, one quiet and countrified, and the other – on the road or in the heart of London’s nightlife!
I think you can hear that contrast in the music itself: a mixture of focused energy and laid-back calm. It was a reflection of the way we lived and worked. We all came from a heavily industrialised Welsh seaport that was closely surrounded by mountains and wild romantic countryside; it was the contrast that inspired us.
And it still inspires me. I am about to release a new Blonde On Blonde album. The music’s already ‘in the can’ and includes songs from Blonde On Blonde’s live performances that were not previously released. It also includes some very recent material. The new album is called “Coldharbour” (another name for my hometown Newport). It was hearing “Rebirth” again that brought me determination to complete the project.”

First ever legit vinyl LP reissue in a limited run of only 500 copies, including an insert with tons of photos.

Remastered sound and respecting the original gatefold sleeve and artwork. 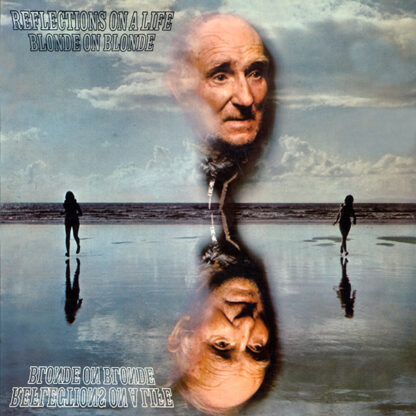