A classic since the year zero of rare records collecting and the “Incredible Strange Music” scene, “Reachin’ Arcesia” has always been the cause of many rumours and bizarre stories. We set the record straight with this, the first ever legit reissue of this legendary album, featuring detailed liner notes telling the real story of the great John Arcesi for the first time.

Arcesi was a veteran singer of the big-band era who in the early 70s recorded a pop album with help from an anonymous hip studio musicians. The album was released in a private edition of 300 copies and most of them were given away to family and friends. In the late 80s, one of those copies was unearthed by rare record dealer Paul Major, who was one of the first persons to appreciate the singularities of “Reachin’ Arcesia”. Since then, the album, which mixes over the top crooner vocals with late 60s acid-rock / pop arrangements is now considered a lounge-psych / real people masterpiece.

Gatefold sleeve with original artwork on back and new cover design on front.

“Reachin’ Arcesia” combined a skewed psychedelic backing with a keening Scott Walker croon and stream-of-consciousness lyrics about a life of disappointments. By now a widower in his 50s, Arcesi put his whole life on one piece of passionate vinyl. The recording’s amateurism may take some getting used to, but the result is gripping and close to awesome.” – Bob Stanley (The Guardian) 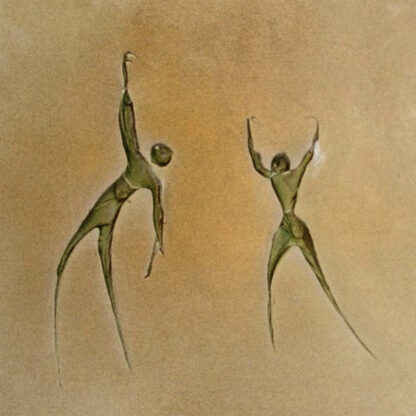