Ahead of its time raw & homemade Sixties garage, jangly pop and basement psych sounds from Paraguay!

Originally released in 1971 as a private pressing, “Pops de Vanguardia” by JODI contains tracks mostly written and recorded in 1969 (with some dating back to 1966) by brothers Joern and Dirk Wenger at their homemade “Jodi Experimental Studio” in Paraguay.

Joern and Dirk, born in Paraguay but of German origin, started playing in beat / psychedelic band The Rabbits, who released a very rare EP in 1969. After the group split, Joern and Dirk travelled to Germany, were they studied arts and received musical lessons from none other than Stockhausen. The two brothers had built their own homemade studio and they spent hours and hours recording songs and experimenting to create their own sound effects (echo, reverb, etc). They called their music “Spontaneous Pop”.

“Pops De Vanguardia” was recorded at their own rudimentary studio with two tape recorders. Joern plays guitar, organ and he was the lead vocalist, while Dirk plays drums and percussions. From ultra-catchy garage-pop to killer instrumental Farfisa numbers and proto-psychedelic sounds. JODI could be seen as precursors of the indie-pop and lo-fi garage which would appear some decades later.

*CD includes 5 bonus tracks (1969-1970), including 3 fantastic previously unreleased ones plus one track from a super rare private EP and another from The Rabbits EP (the killer beat-fuzz-psych “Buscándote”)

“Echoes can be distinguished from The Monks, the Velvet Underground of the two first records, The Kinks, T-Rex, the mid-60s American garage and some psychedelic and Kraut rock that might have influenced the Wenger brothers in their land”. – Juan Esteban Jorge

“Welcome to ‘Pops De Vanguardia’: prepare your mind to be blown by a work without precedents.” – Eduardo “Bubbling Minds” 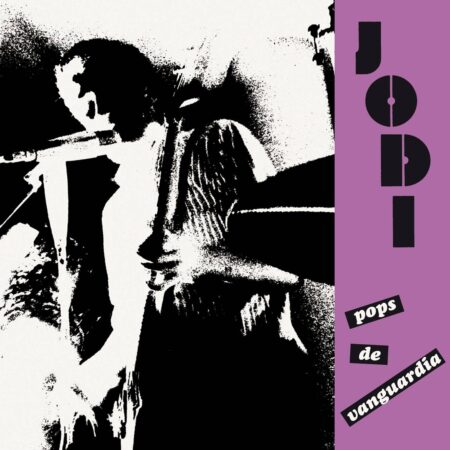