Out of The Frying Pan

The Wynder K. Frog story evolves around Mick Weaver. After he switched from piano to organ he joined a band named The Chapters that would soon be renamed Wynder K. Frog and perform material from James Brown’s Flames, Booker T. and The MGs or even songs learned through Georgie Fame’s recordings and Graham Bond’s repertoire. Wynder K. Frog moved to London and became regulars in the city’s R&B scene playing at Swingin’ London’s clubs like the Tiles or The Marquee. A contract with Island Records was secured and -under the wings of producers like Chris Blackwell, Guy Stevens, Jimmy Miller or Gus Dudgeon- Wynder K Frog, a name that would eventually be used as a pseudonym for Weaver more than a proper band name, did some some amazing Hammond organ-ized recordings and issued in three LPs and a bunch of cool 45s.

OUT OF THE FRYING PAN
Released at the end of the summer of 1968, and with a host of session musicians that included the brass section of John Mayall’s Bluesbreakers, producer Gus Dudgeon helped Weaver / Wynder K Frog to improve the results obtained on the debut LP and get one step closer to the live action. The formula was more or less the same, instrumental hammond a go go covers of hits from the era, including The Rolling Stones’ “Jumping Jack Flash”, a funked up version of the classic Tommy Tucker blues number “Hi Heel Sneakers”, an exploding cover of “Tequila” or the standard “Green Door”, but it also included the sensational Weaver-penned “Harpsichord Shuffle”. 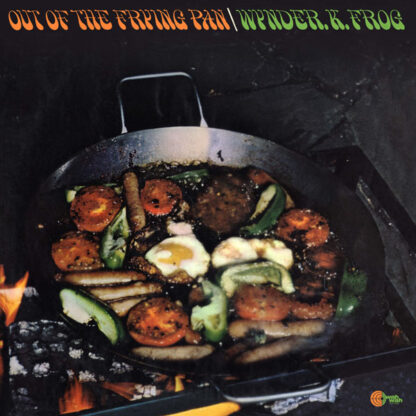