Orang-Utan were in fact a London based band called Hunter, featuring vocalist Terry “Nobby” Clarke (of psych-pop legends Jason Crest), guitar player Mick Clarke, drummer and songwriter Jeff Seopardi and bass player Paul Roberts. They recorded their sole album in 1971 at DeLane Lea studios. In a bizarre twist of events, their producers / managers ran with the tapes to the US, where they placed the album on Bell Records under a new band name: Orang-Utan, without telling any of the band members.

Legit reissue done in co-operation with the original band members.
Insert with liner notes telling the bizarre story of the band for the first time, and rare photos.

“Quintessentially British hard-rock, transforming the blues in a way American bands rarely did, and with a kind of vocal intensity that compares to Free, Humble Pie et al” – Aaron Milenski (Galactic Ramble)

Tracklist:
I Can See Inside Your Head – Slipping Away – Love Queen – Chocolate Piano – If You Leave – Fly Me High – Country Hike – Magic Playground 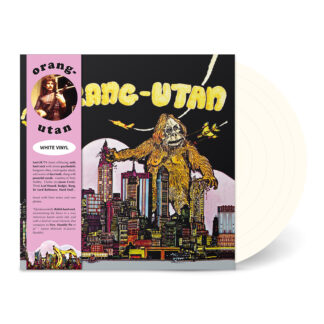