No rest for the wicked

Since the release of No Rest for the Wickeds in 1976, it’s statureamong collectors of 60s and 70s hard rock and psychedeliahas grown steadily over the years, with original copies now fetching a large sum in the collectors market.
It has often been lauded as perhaps the best independent U.S. heavy rock release of the entire 1970s. Originally formed as Truth in 1969 in Iowa, USA, this power trio was named after a record by Jeff Beck. Between 1973-75 they played thousands of gigs, many with Leslie West, as well as playing with Blue ?ster Cult at a festival in Davenport, Iowa in front of 20,000 hard rock fans.

All the while, Truth & Janey were writing original material, gearing up to record their first full length album. In 1976, they laid down the tracks that would see release on their stunning No Rest for the Wicked album later that same year. The record featured six original tunes and two traditional blues covers revved up in true powerhouse Truth and Janey fashion.

Only 1,000 copies of the album were pressed on the local Montross records. Just as the ball started rolling, it all ended, as Denis Bunce left the group and quickly thereafter they completely disbanded. In a last ditch effort, guitarist Billy Janey reformed the group with all new members in 1977 and released the Just a Little Bit of Magic album, but it was a move in a completely different direction and has little to do with the ferocious hard rock Marshall 100-watt Superleadguitar sound that dominates No Rest for the Wicked. A total heavy sonic assault! 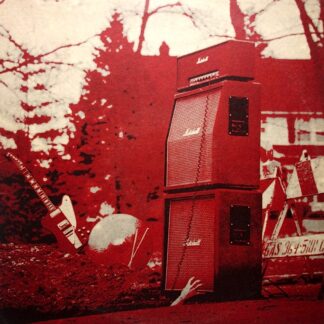