Whether it is with the label Palm, or for Un-Deux-Trois, Jef Gilson has produced some of the best albums of French free jazz and improvisation. But that’s not all: he also offered perfect recording conditions enabling some of the fresh young talent to emerge, including Daunik Lazro, André Jaume and Jean-François Pauvros, all three of whom released their first recordings on one or other of the labels, and what recordings they were!
Recorded by Jean-François Pauvros (guitar, but not only…) alongside Gaby Bizien (drums, percussion, aquatic trombone, marimba, bird calls), and, of course, produced by the audacious Jef Gilson, the appropriately named No Man’s Land had virtually no equivalent in France (nor worldwide) when it came out in 1976. Radical, free, primitive, timeless: in the image of the musicians, it is not for nothing that it appears in the famous Nurse With Wound list of major influences concocted in 1979. No label can be placed on this vertiginous sensory adventure: an explosive flow of shrapnel and tearing intensity, full of mystery and life.
Let’s be clear about it: No Man’s Land is THE key according of French improvisation. So much so that it is difficult to imagine it coming out of nowhere, the two musicians must surely have been listening to the latest forays of the British ‘Music Improvisation Company’ and decided to reply in their own way. But not at all! If we believe what the protagonists have to say, these experiments were carried out in secret isolation, and with a total lack of awareness of everything that was going on in the avant-garde of improvised music! Indeed, it was only after the album was published that Jean-François Pauvros and Gaby Bizien learned that there was a movement going on with similar ideas! That tells us something about the level of invention of this album, which comfortably bears comparison to other similar duos such as Derek Bailey / Tony Oxley, Fred Frith / Chris Cutler, John Russell / Roger Turner or Gary Smith / John Stevens… The Frenchmen were well served by their unbridled variety and poly-instrumentalism! 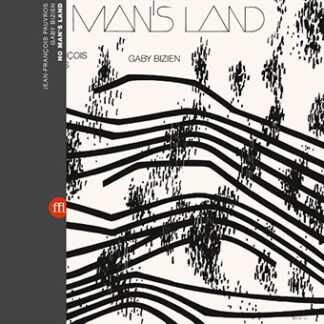