Welcome to a new exciting chapter in the Four Flies 45s series, which brings to DJs, producers and music lovers all over the world a collection of super-groovy themes from the finest Italian soundtracks, issued on 7-inch vinyl for the very first time. This release presents the two funkiest tunes from the soundtrack to Gianni Proia’s Mondo di Notte Oggi, a 1976 Mondo movie whose score was composed, arranged and produced by Gianni Oddi and Gianni Dell’Orso. While Oddi had several successful albums under his belt, either as writer or arranger, Gianni Dell’Orso, one of the most versatile producers of his time and the brother of multi-talented maestro Giacomo Dell’Orso (the husband of Morricone’s favourite singer, Edda), had worked in a wide variety of genres, from prog rock to library music.

Side A contains the afro-funk classic “Soul Meeting”, a vibrant, infectious and psychedelic piece driven by percussion and flute. Side B features the equally irresistible “Teenager”, an afro-influenced funk track with a soulful brass section and wah wah guitar, used in the soundtrack as a sort of background music but, in fact, released a couple of years before as part of Oddi’s album “Oddi 4”. 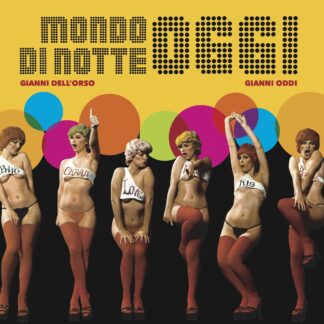