Formed in New York in 1985, The Optic Nerve were children of Nuggets who dreamed about the Velvet Underground but looked like the Byrds.

Their take on ’65-66 jangly garage-folk-rock was unrivalled.

Lotta Nerve collects their fabulous early 45s plus studio tracks for what should have been their aborted first album.

Originally released in 1994 and out of print for many years, here’s a new vinyl edition with new artwork and remastered sound. 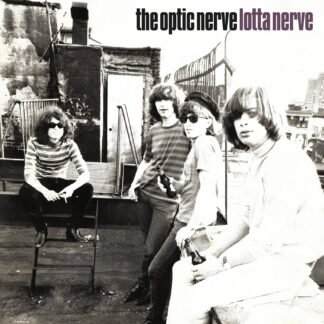