Originally issued in 1971 by Nepentha Records–presided over by Kinks/Troggs manager Larry Page–Into Your Ears is the sole full-length offering from Honeybus founder member Pete Dello (assisted by a coterie of close friends).The album is a wonderful, timeless work of incisive, plaintive folk-pop balladry and buoyant, idiosyncratic creations, led along by Dello’s honeyed voice (which eases effortlessly into falsetto) and expertly executed arrangements featuring minor orchestrations.

Into Your Ears represents the zenith of Dello’s songwriting, comprised primarily of tunes written specifically for this project (supplemented by a few tracks intended for Honeybus which were re-cut for the occasion). The songwriting reflects a jovial playfulness, but also feelings of intense lovelorn longing, hope, wistfulness and moments that could serve as a great soundtrack to a break-up (with the brightness of delivery never making them ache with depression).

Everything on Into Your Ears comes from personal life experiences, even if twisted through a unique prism, with the deep emotions, whimsical moments and orchestration that never clutters the arrangements all achieving perfect balance. But, above all, the songs resonate with a pure dedication to “pop” and beckon you to listen in repetition, until they’re at one with your very existence. There’s something present, timeless and at times nearly indescribable about this very special set of songs that can’t be pinpointed by simple equation.

Widely regarded by Honeybus fans, ’60s-’70s collectors and anyone who’s happened into its beatific orbit, Into Your Ears is a lost classic deserving of further exposure. 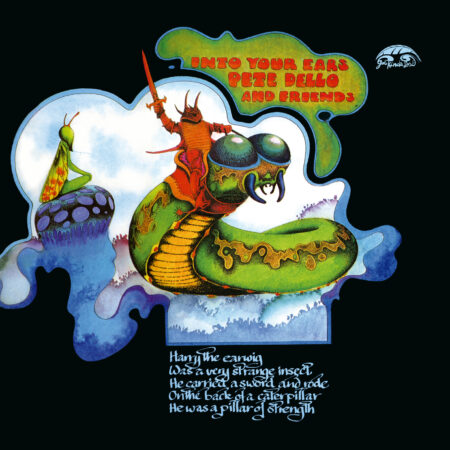 You're viewing: Into Your Ears
Add to cart