The Wynder K. Frog story evolves around Mick Weaver. After he switched from piano to organ he joined a band named The Chapters that would soon be renamed Wynder K. Frog and perform material from James Brown’s Flames, Booker T. and The MGs or even songs learned through Georgie Fame’s recordings and Graham Bond’s repertoire. Wynder K. Frog moved to London and became regulars in the city’s R&B scene playing at Swingin’ London’s clubs like the Tiles or The Marquee. A contract with Island Records was secured and -under the wings of producers like Chris Blackwell, Guy Stevens, Jimmy Miller or Gus Dudgeon- Wynder K Frog, a name that would eventually be used as a pseudonym for Weaver more than a proper band name, did some some amazing Hammond organ-ized recordings and issued in three LPs and a bunch of cool 45s.

INTO THE FIRE
The third Wynder K Frog album was released only in the USA in 1970, once Weaver had already abandoned the project and started his session musician career. Out Of The Frying Pan was doing well in the States, copies still selling steadily since it had appeared, and United Artists thought it’d be a good idea to release it under the Into The Fire title in order to present it as kind of a sequel to Frying Pan. The material, mostly written by Weaver and his side men for the sessions, takes the sound one step further adding heavier sounds and funkier rhythms, not far from what was being done in USA studios like Muscle Shoals at that time. 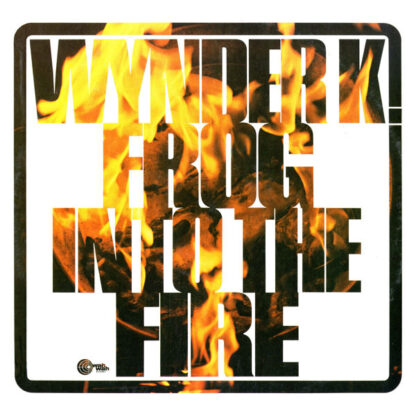