Inside your mind (Digital)

Over a decade ago, Steve Krakow aka Plastic Crimewave found a cassette by a mysterious 80s band called In Time at a Chicago thrift shop. When he returned home and listened to it, he was amazed: “I had flashes of the TV Personalities (one of my fave “DIY” bands), early “paisley underground” like Three O’Clock (maybe when they were the Salvation Army), wobbly but illuminated 60s folk-garage like Faine Jade, and even first wave UK punk like Subway Sect or yes, thee Pistols. There were even jagged post-punk moves ala the Swell Maps or Scrotum Poles, outrageous phasing, trumpet, and something lacking so deeply in bands today–PERSONALITY”.

Obsessed with it, Steve tracked down one of the band members in Pennsylvania and found out that there was more unreleased stuff. So here’s the first ever IN TIME vinyl LP. Including most of the songs from their ultra-rare cassette plus previously unreleased tracks. Like Steve says: “self-depreciating jangle-pop, furious power-chorded decrees, full-tilt psychedelia, experimental texture pieces–and actual tunes that will burrow into one’s skull for weeks.” 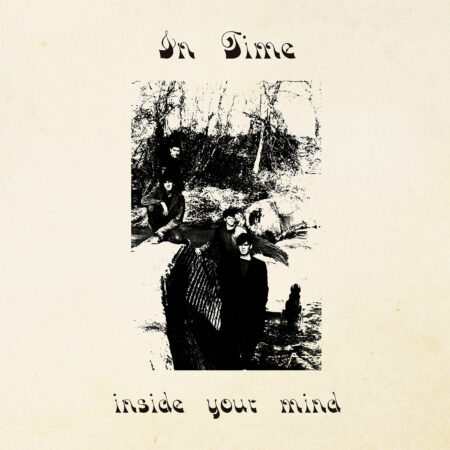 You're viewing: Inside your mind (Digital)
Add to cart