“Best known for the acclaimed ‘Ibers’ album, Jorge Gavaldá (1960) is a composer and performer from Elche. He studied music with the Municipal Band and the Conservatory of the city and in a self-taught way, and has composed symphonic works and nearly a hundred of soundtracks for theatre, dance, cinema, radio and television. Gavaldá has also developed the soundscapes techniques in the processed guitar field, performed at events like Cannes Film Festival and collaborated with artists such as the pianist Agustí Fernàndez or the composer Pep Llopis. There are many awards received over the years.

In this new album Jorge has used unprocessed & processed/synthesized guitar, with vocals, rhythm programming, sampling and keyboards. This work received the ‘Scenic Arts Prize of the Generalitat Valenciana 1999 for the Best Musical Composition’ and now is publised by Discómanos in a 180g vinyl limited edition of 200 copies, numbered and signed by the author, and remastered from the original 1998 recording. 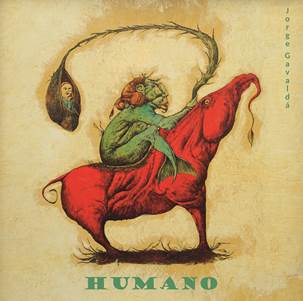