Totally under the radar US private pressing from 1982.

File next to other psych misfits such like T Kail, D.R. Hooker, Marcus, Michael Angelo…

Cal – also known as “Cal Rock&Roll” – was a band formed in the mid-70s in New York by some veteran musicians from the club scene: Larry Calabrese on guitar & vocals, Andy Barone on bass, Jerry Joly on drums / vocals and Jeffrey Gaer on keyboards. Famous for their powerful live shows – one of their stellar moments was opening for Leslie West & Mountain – , Cal secured a faithful fan base, especially among the biker crowd.

In 1980, they recorded their only album: “Homegrown”. As the title suggests, it was self-produced by the band and recorded by Larry at his 8-track home studio. But unlike other similar private albums, there’s nothing amateur here. This is a perfectly recorded & played effort, featuring well crafted songs. There’s lot of loud distorted guitar, Hammond, analogue synths and some Doors influence on the vocals, especially on the lysergic “Couragous Cat”.

“Homegrown” was released in 1982 in a edition of 2000 copies, most of which were discarded due to pressing faults. Also, the album mastered at lower speed. Soon after, Larry met Todd Rundgren at a recording studio and he expressed interest in the band and some of their songs. Famous record label Sugarhill were also interested in adding Cal to their roster but nothing came of it in the end. So “Homegrown” vanished into obscurity until some original copies were discovered by psych dealers and collectors in the 90s. 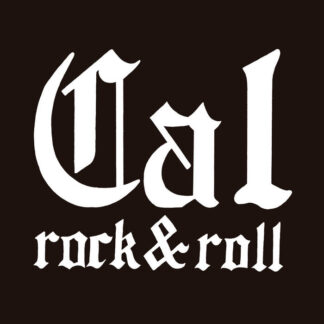 You're viewing: Homegrown
Add to cart