We are very proud to present the first ever reissue of this lost treasure, originally an obscure private pressing of just 100 copies. Gigymen were a college circuit band from Cambridge who in 1974 recorded their only album at Spaceward Studios. Stunning folk-rock / folk-pop with pro-recorded sound, superb musicianship and strong songwriting.
With influences ranging from Fairport Convention to The Beatles, here you’ll find some superb folk-rock adaptations of traditional songs such like “As I roved out”, “Gypsy Laddie” and “Rocky Road to Dublin” along with fab folk-pop with Beatlesque vocals on tracks like “Plain Jane” or “Gone are the days”.

The album was originally released with only a blank paper sheet with the credits on the cover so we’ve designed a new front sleeve for our reissue. Insert with rare pictures and detailed liner notes is also included. 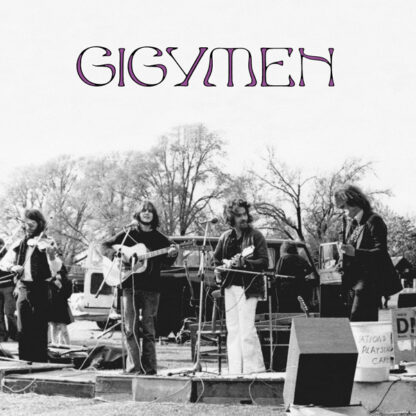