First ever vinyl LP reissue of one of the best easy listening / jazz / groovy albums from Germany. Conceived and recorded in 1965 as (sort of) the soundtrack for advertising-designer, artist and photographer Charles Wilp photo sessions, it was composed by classical trained musician Siegfried Ulbrich, credited here under one of his pseudonym Marvin Martin. The album is a fantastic sequence of jazzy easy listening sounds, sometimes spiced with the actual sound of Wilp and his models speaking through the session, completed with female wordless vocals here and there and some electronic gimmicks – used with maximum care. Peter Thomas spoke favourably of these recordings, noting influences from A.C. Jobim, Frank Sinatra and Claus Ogermann. This LP was never commercialised in shops, but instead produced specifically for 16 organisations for whom Wilp had worked for, and copies of it were given away to employees and customers of those companies.

As a curiousity, Charles Wilp did the earliest photos of Nico when she started modelling in Germany, and also did the fabulous photos of 1960s punk legends The Monks when they were established in Germany.

It is splendid from beginning to end, top class groovy / easy listening sounds for your cocktail parties and night dancing and comes in a gorgeous gatefold sleeve reproducing the original artwork.

Gerd Ulbrich, son of the artist, has been very nice to provide photos from the sessions, which he attended being very young, and has also written the liner notes with his memories, so the Wah Wah edition features a nice info with information. It also features two bonus tracks from Sexy-Mini-Super-Flower-Pop-Op-Cola, soundtrack from the Charles Wilp Afri-Cola advertising campaign starring Amanda Lear, Marsha Hunt and Donna Summer, plus one bonus 7″ with two songs from the I Type Supertype… 12″ maxi single from 1982. 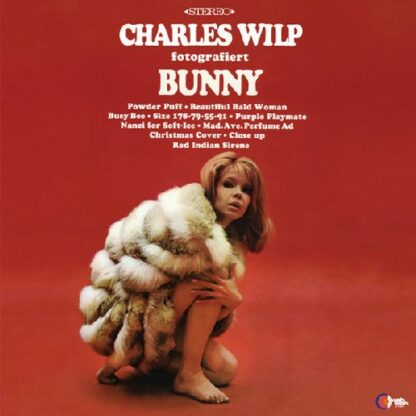