The cult band based in Madrid and Rome, influential “industrial” pioneers of the pulsating, hypnotic and tribal rhythms since 1980 presents new album: Fluida Mekaniko.

Since his previous album “Ultraphoon” (2013), Esplendor Geométrico has performed more frequently than ever during these last two years in different countries and festivals (for the first time in the US and Russia), while it was launched in Madrid a documentary feature film about the group directed by a renowned Spanish director within the avant-garde cinema: Geometría del Esplendor, which has just been premiered at the prestigious In-Edit festival in Barcelona, receiving an honorary award.

Fluida Mekaniko has been recorded during 2016 and contains 12 new tracks that, although they continue the line developed since Pulsión (2009), we also find here references to their most harsh and noisy sound of the eighties. Industrial Neo-tribalism where mechanical rhythms hypnotize, like mantras, inducing the trance. It highlights, and already is a distintive feature of E.G., the inclusion of voices and sonorities of African, Arab and Asian musics. 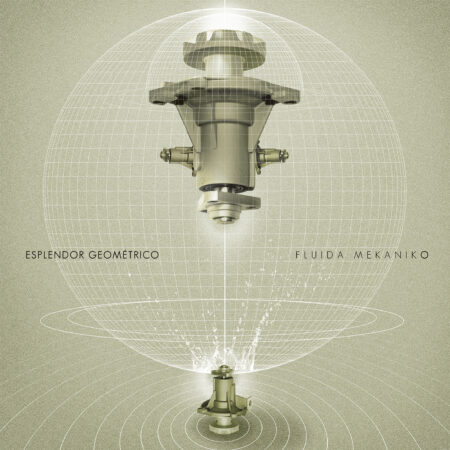