Sounding at times like Vashti Bunyan fronting Sunforest, “Floret Silva” is a haunting mix of medieval music and progressive / psych / folk with Latin lyrics straight from the Carmina Burana book.

The “Floret Silva” project was born when minimalist composer Kay Hoffman went to Italy in the mid-70s. Once there, she met with welsh soprano Jacqueline Darby, who had recently been working with the Italian avant-prog band Pierrot Lunaire. Jaqueline was working on new compositions with RCA producer Vincento Miccocci in Rome and she asked Kay if she was interested in getting involved in a new project. Kay agreed and Gaio Chiochio and Arturo Stalteri of Pierrot Lunaire also joined them on this new venture. Gaio travelled from Rome to play the guitar and other friends of Jacqueline also offered their collaboration.

In a short time, Kay wrote all the material, inspired by the Carmina Burana book and her love of Medieval and Renaissance music. Kay also contributed vocals, clavinet and piano and together with Jacqueline Darby – on haunting vocals – plus an impressive cast of jazz/rock/progressive musicians, they recorded “Floret Silva” during 1977-78, under the guidance of Vicento Micocci.

Sadly, RCA backed off and the album went unreleased until a copy of the masters found their way to Japan, where the great Belle Antique label put out the first vinyl edition of “Floret Silva” in 1985. In 2006, US label Robot Records resurrected it again for the first CD release.

After many years out of print on vinyl, we present a new edition of this lost piece from the 70s Italian underground scene. A visionary album which anticipated the sound practiced by many neo-folk bands some decades later.

“This album is like the prettier, more elegant companion piece to Nico’s somber medieval explorations on The Marble Index” – Brainwashed.com

“This should appeal to experimental psych-folk fans for sure, even if this unique treasure is really something outside almost any genre designation you’d care to come up with!” – Aquarius Records

“…An almost perfect fusion of styles that when combined with the archaic language is both haunting and entrancing reminiscent perhaps of the otherworldly atmosphere created by Bo Hansson on his Lord of the Rings album.” – Richard Allen 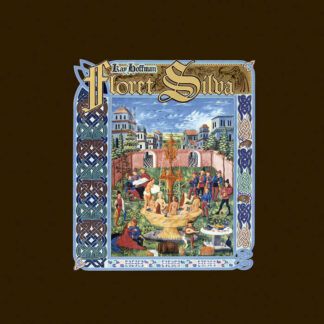