Fapardokly is probably regarded as the most important release in Merrell Fankhauser’s long career, and an absolute collector’s item. The band recorded about 30 tracks in a small studio in Palmdale, California, from 1965 to 1967, when the owner of the studio decided to release an album with some of these tracks.

With such different recording dates, you find here different sounds….organized 60’s pop, jangly folk-rock, psychedelia… a truly fantastic album that finally gets, for the first time, a legit vinyl reissue and with the original artwork. Comes with an insert featuring photo from Merrell’s personal archive, and linernotes by him as well. 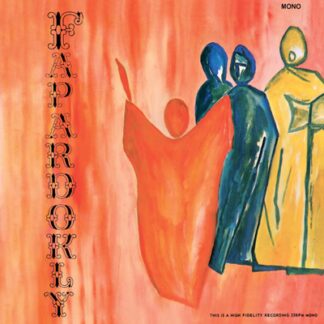