A masterpiece of proto-ambient, isolationism and minimal synth music.

Originally recorded in Germany in 1978 by Spanish painter / sound artist Ildefonso Aguilar, only a selection of the original recordings were released a few years later on a very rare limited edition cassette and LP. Now, for the first time ever, “Erosión” is reissued on 2LP featuring the complete recordings, as Ildefonso conceived it at the time.

“Canary Islander Ildefonso Aguilar is best known for his paintings and surreal photography of the desolate volcanic wastelands of his homeland. He was also organiser of concerts at the Jameos del Agua in Lanzarote, a regular event which has featured the likes of Michael Brook, Roedelius, Steve Roach, and numerous other luminaries of ambient and atmospheric music. But, for his own music Ildefonso has never gained the mass recognition he really deserves. “Erosión”, recorded in 1978, is certainly one of the most fascinating of synth albums I’ve heard. And, it’s remarkable really, if you consider all the technological advances that have happened since, what with digital synthesizers and samplers, that this music created entirely on analogue synthesizers still sounds so fresh and original.

Okay, I know in the past that I compared Ildefonso’s use of melody to more atmospheric Neuronium, and the mood of the music to early Klaus Schulze, Conrad Schnitzler, and Edgar Froese circa AQUA, but in retrospect it’s really a forerunner to the acclaimed spacious works of Michael Stearns and Steve Roach (I could also quote Kevin O’Neill here, as to the use of ambiguous melody and texture), but besides all that “Erosión” has a style all of its own.

As if the sonic description of mist swept rocky plains, rumblings from beneath the earth, the eerie power of nature looming. Beautiful yet strange, unnerving yet calming. Even more so, at 1 1/4 hours, “Erosión” reveals itself as a grand conceived suite, as themes recur in an almost ghostly fashion, as tension builds upon tension, and threatens to explode, which it never quite does! Extraordinary all the way through.” – Alan Freeman (Audion Magazine)

*Expanded 2LP edition including the complete work from 1978, never released on vinyl until now.

“This is a masterpiece of whatever Ambient, Landscape or Cosmic music – and probably the best non-german album of the genre (although the recording was made in Frankfurt).” – Drago Museveni (Cun Cun Revival)

“…One of the spookiest, most enigmatic albums, with the barest amount of melody and the most understated of rhythmic elements, like a mist on the Lanzarote volcanic ash, it’s mesmerizing…” – Alan Freeman (Ultima Thule, The Crack In The Cosmic Egg) 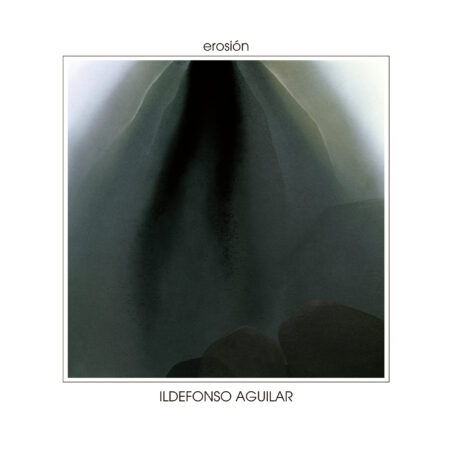