Elmer Gantry’s Velvet Opera evolved from R&B/Soul band The Five Proud Walkers. All of the band members–Elmer Gantry (lead vocals), Colin Forster (guitar), John Ford (bass) and Richard Hudson a.k.a. Hud (drums)–were accomplished musicians with several years of work experience on the on the beat and R&B circuit before their psychedelic rebirth in the summer of 1967.

With their colorful image and explosive live shows, the band soon became a favorite on the London club scene, securing a deal with the CBS subsidiary label Direction. In 1967 they released their first single, “Flames”, a minor hit that was even covered by the embryonic Led Zeppelin and was also included on the famous CBS budget compilation album, The Rock Machine Turns You On.

In early 1968, Elmer Gantry’s Velvet Opera registered their self-titled debut, now considered a post-mod psychedelic classic. Influences of psych-era Beatles, Who, Small Faces, Beach Boys or early Pink Floyd are noticeable, but the band brings their own personality and offer a set of brilliant and varied songs with inventive arrangements. Highlights include the sitar laden ‘Air’, the terrific ‘Mother Writes’, driven by a killer bass line, ‘Dream Starts’ (a lysergic number complete with backward tapes and vocals-through-a-Leslie), the catchy pop-psych of ‘Mary Jane”, a terrific cover of Oscar Brown Jr’s ‘I Was Cool’, or the Mellotron-fuelled ‘Long Nights Of Summer’ and ‘Reaction of a Young Man’.

By July 1968, when the album was released, Elmer Gantry’s Velvet Opera had a new lineup. Colin Forster exited, and Paul Brett (ex-Tintern Abbey) took his place. They eventually disbanded in 1969 and a new line-up emerged as Velvet Opera, releasing an album.

Later, Elmer played with Stretch and he also recorded with the Alan Parsons Project, Jon Lord, and Cozy Powell. John and Hud went on to success in the seventies with the Strawbs. 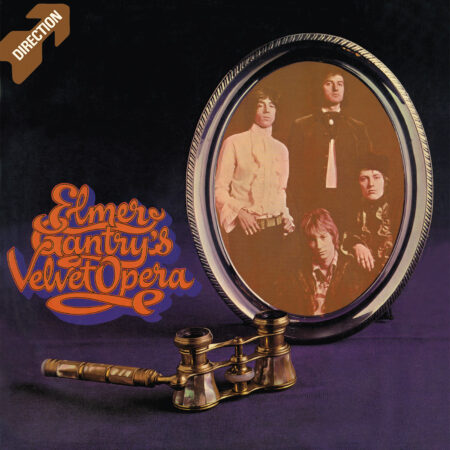