CARE OF THE COW

Care of the Cow debuted in 1975 with a 10″ followed by their first LP album in 1981. By 1983, the band was adding drum machines and synths to their sound, highlighted by Victor’s amazing guitar playing and X & Sher’s perfectly blended vocal harmonies, resulting in “Dogs’ Ears Are Stupid”, the second Care of the Cow album, released only as a tiny cassette edition in 1983.

For us, this is a lost gem from the ’80s underground which really deserved a LP/CD reissue. Here it is, done in collaboration with Steve Krakow of Plastic Crimewave / Galactic Zoo fame.

*Remastered from the master tapes 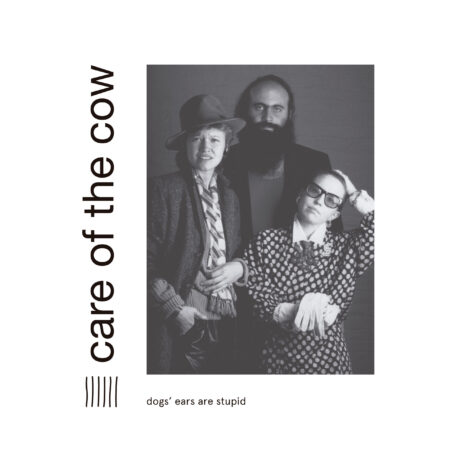 You're viewing: Dogs’ Ears Are Stupid (Digital)
Add to cart